Typical of the Emilian areas where it was historically produced in the hills of Bologna, Pignoletto is an ancient wine evidenced as far back as Roman times. Continuously expanding, the production of this grape has also been extended to foothills and plains of other areas scattered throughout Emilia-Romagna.
Pignoletto is from a humble tradition: a table wine, the wine par excellence. The grapes, carried on the shoulders by the brentatori – those who carried ‘brente’, or large volume receptacles full of wine or water in case of fires – were transported to the city and then processed and transformed into wine directly at home. Indispensable, Pignoletto has always been part of household tables: during the holiday period but also on weekdays, Pignoletto has always accompanied the Emilian gastronomic culture.

Cantine Leonardo da Vinci has included the Pignoletto in the 1502 Da Vinci in Romagna collection: a tribute to Leonardo’s journey to the main cities of Romagna, in particular to Imola where he drew the map of the city that is shown on the label.

The historical descriptions that have arisen show a possible etymological overview from which various conclusions can be drawn in support of the current name. The earliest known documentation is by Plinio il Vecchio in his Naturalis Historia in which he describes a “pinus laeto“: not sweet enough to be appreciated, and therefore not consumed in those days. Alternatively, it seems that Vincenzo Tanara in his Economia del Cittadino in Villa of 1674 alluded to “uve pignole” (picky grapes) that do not conform to winemaking. Another simpler explanation is that the name could refer to the pine cone shape of the pignoletto grape.

The Pignoletto vine is the one that best represents this territory, unbending to international influences: a unique specimen that can be represented in different shades. Produced in various guises: still, with typical and unaltered characteristics of the grape variety; frizzante (lightly sparkling wine) with natural fermentation; or spumante (sparkling wine) with Charmat method or metodo classico.

In the classic still version or in the frizzante and spumante versions, Pignoletto proves itself to be the most versatile grape variety in the Emilia area. Pignoletto is controlled by a disciplinary which requires almost total purity, with not less than 85% of grapes from the same grape typology. The grapes themselves are medium-size clusters, compact and oblong. The berries show the same features in their elliptical shape, and have a ripe yellow to green color tending to gold during full ripeness. With aromatic notes, the wine is straw yellow with hints of white pepper, wisteria, cedar, chamomile and ginger. Due to Pignoletto’s constant and abundant productivity, germination takes place prematurely in the second part of April. For frizzante and spumante Pignoletto, the harvest begins after the second half of August while for the classic Pignoletto at the end of September.

To obtain a classic Pignoletto, the wine must include 80% pignoletto grapes, with the remaining percentual permitting the grapes of Pinot Bianco, Riesling Italico and Trebbiano Romagnolo from surrounding land. The practice of forzatura – water forcing – is forbidden and emergency irrigation is allowed no more than twice during the same year.

Dry Pignoletto wine is harmonious and quite persistent. It’s fresh in acidity, with a slightly fruity background. On the palate, however, it is lightly aromatic and savory, with a finish that focuses on citrus and aromatic flavors, of almonds and citrus fruits. If sparkling, Pignoletto is light in color, mustard with greenish reflections and a fine but persistent perlage. Delicate but not indulgent, the sweet and harmonious notes of an abundant bouquet are enhanced by the grassy background of hay and fresh grass that emerge on the palate.
Lively and light in both versions, Pignoletto is easy to drink and perfect to accompany fresh cold cuts and fish, soups and seafood stews. Tradition remembers it as excellent with Emilian cuisine, its delicate and fruity flavor going well with the cult dishes of local gastronomy, such as tortellini in brodo and tigelle breads, fresh cheeses and white meats. It enhances first and second courses giving them an aromatic note and a pleasant and necessary freshness on the palate.

Cantine Leonardo presents its own Pignoletto in the 1502 Da Vinci in Romagna collection in a Spumante Brut version, produced according to the Charmat method. This sparkling Pignoletto is characterized by its silky softness, which caresses on the palate and on the nose with its fragrant and lively fruits and flowers. The Pignoletto grapes suitable for sparkling wine are harvested manually and mechanically in the period of late August and early September. Bright yellow in color, the sparkling wine is lively and with very fine bubbles; the sparkling process refines the characteristic bouquet of the grape. With a dry but pleasantly fresh body, its taste is soft and pleasant on the palate. Perfect as an aperitif, it is also particularly suitable to accompany the whole meal.

PrevPrevious“Leonardo: the gift of the vineyard” opens in Vinci.
NextPinot Grigio: how to pair it?Next 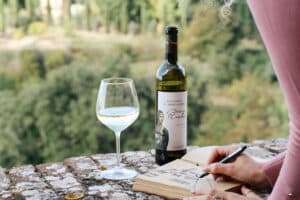 Pinot Grigio: how to pair it? 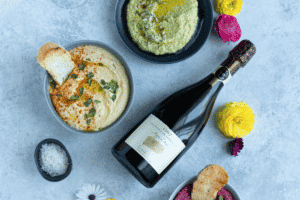 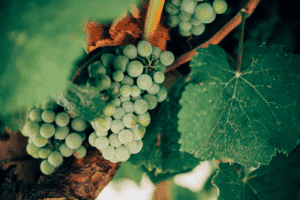